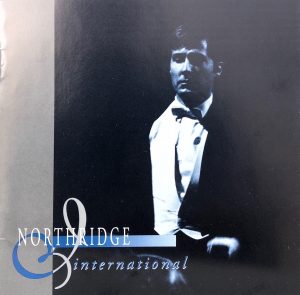 The public was pouring into the Hall…then began the extraordinary. For two hours the hearts of the friends of music were lifted higher and higher. Conductor, David Whitwell, conducted the entire concert from memory. Already from his very first motion, it was apparent that he conducts with an inimitable elegance and clarity. He shapes on a foundation of very precise pulse and attacks, sometimes with broad inviting gestures, sometimes with minute indications. The 52 young players follow, at the slightest wink, with discipline full of temperament.

One hears every note, even every little note! Everything is perfect: Intonation, Articulation, Dynamics, Rhythm and Tempo…. The Schönberg Theme and Variations was a masterpiece masterfully interpreted. The Schmitt Dionysiaques was as fresh as if the notes had just come from the printer….

Everyone said, “It was an unforgettable evening.”

A musical treat of perfectly interpreted wind music…not without reason is this ensemble considered one of the best in America.

A full-house enjoyed an emotional and highly musical concert, such as one rarely hears…one highpoint followed another…. The listeners were astounded by the perfect performance of the Strauss Rosenkavalier Walzes, played from the heart…it was an emotional highpoint….

It was a concert which wind music circles will talk about far into the future.

An astonished public enjoyed one of the best wind ensembles in America…. The concert ended with stormy applause.

The concert was sensational, thanks to the technical ease and discipline with which this very virtuoso program was performed. David Whitwell conducted in an inspiring manner.

The Schönberg was fascinating…. The Schmitt was formidable…. Both pieces were performed in a profusion of sound and unknown suppleness.

It was unbelievable how the group could give a concert of such high orchestral quality. The Dutch Broadcasting Company made a live recording of this concert for broadcast.